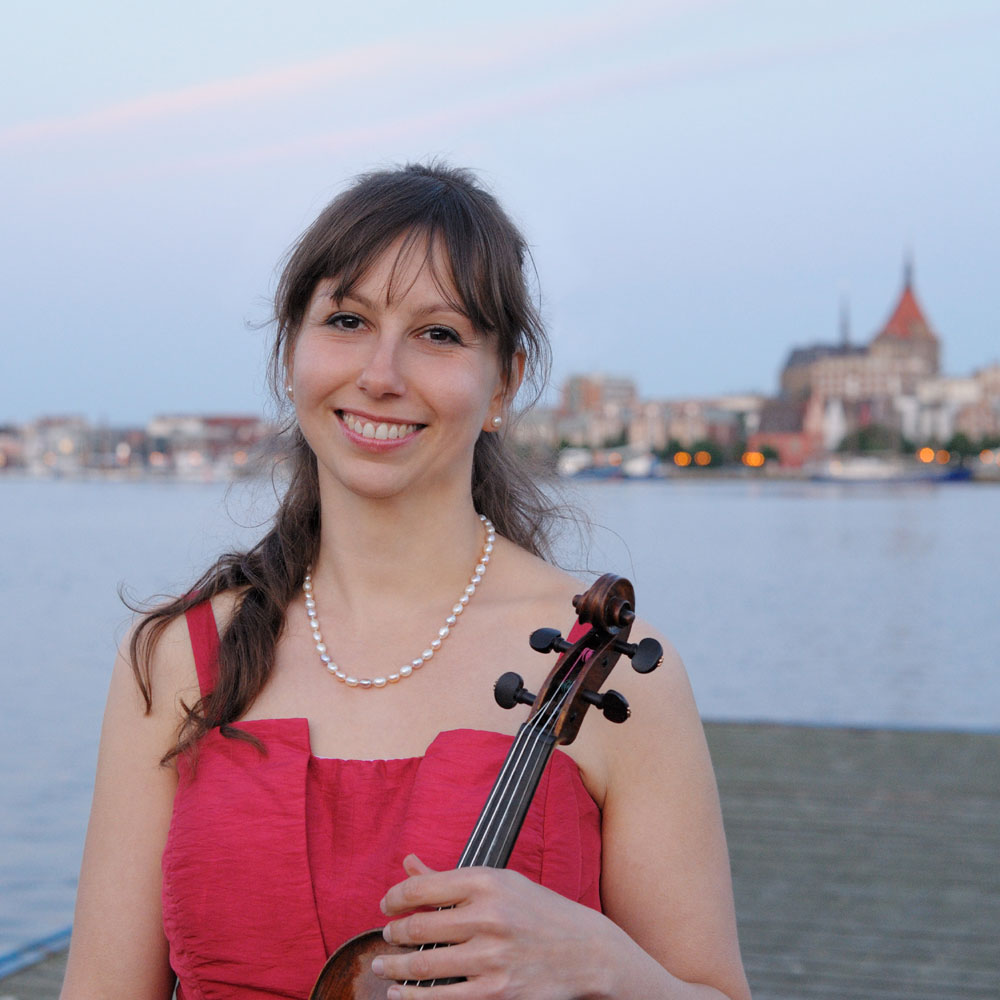 SARABETH GUERRA (violin) ...born 1984 in Italy, started playing violin at the age of 4, studying in the Suzuki school of Turin, directed by Lee and Antonio Mosca. After getting her bachelor degree in the "Conservatorio G.Verdi" of Turin, she continued her formation by "Musik Akademie der Stadt Basel" studying with Thomas Füri and Daniel Sepec, getting a specialistic master degree with excellence. At the same time she followed chamber music, and especially string quartet courses with Rainer Schmidt (Hagen Quartett), Oliver Wille (Kuss Quartett), Cuarteto Casals, E.Feltz, W.Levin, and others. She worked in swiss orchestras and ensembles like Gstaad Festival Orchestra and Kammerorchester Basel. Especially with this formation she collaborated with many important artists such as Trevor Pinnock, Maria Joao Pires, Giovanni Antonini, Sol Gabetta, Khatia Buniatshvili, Viktoria Mullova, Tölzer Knabenchor, Gloria Estefan, Vilde Frang, Fazil Say, Anna Netrebko, Erwin Schrott, Rolando Villazon and many others. In Germany she collaborated as guest with orchestras such as Frankfurt Oper as assistant Concertmaster, with the Osnabrücker Symphoniker as Concertmaster and with Kammerakademie Potsdam as leader second violins. Her interests in chamber music and ancient music brought her to start playing on original instruments and collaborate with baroque ensembles (like the italian Baroque Ensemble “Armoniosa" with whom she recorded the "Concerti Grossi" by Corelli in 2011). Since 2015 she is leader of the second violins section in the Norddeutsche Philharmonie Rostock. Sarabeth plays a violin made by Lorenzo Carcassi, Florence, 1757. She plays as well a XVIII century german baroque violin.