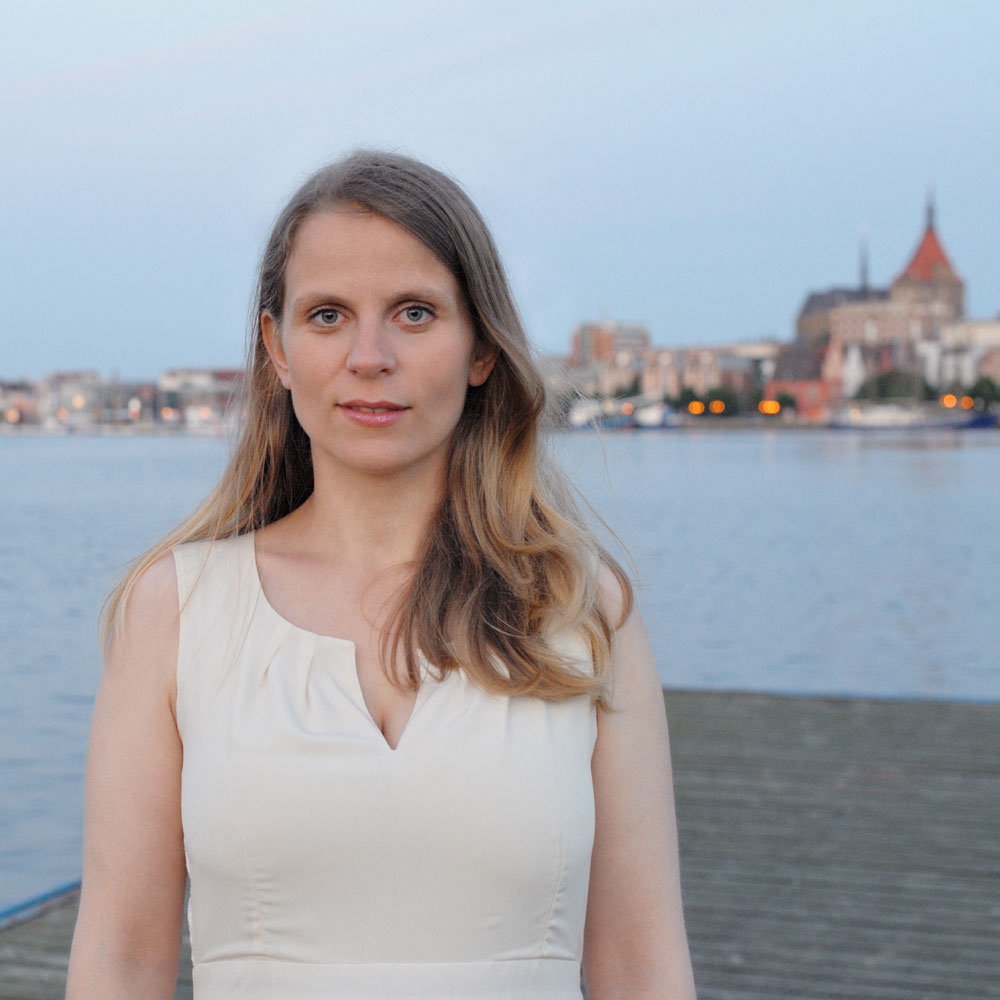 JANKA SIMOWITSCH (piano) ...born 1987 in Rostock, she received her first piano lessons at the age of four. At age twelve she began her studies at the Rostock University of Music and Theatre, where she became a full student in 2005. During her time there, she developed her technical skills and received musical inspiration from teachers such as Matthias Kirschnereit, Karl-Heinz Will and Bernd Zack. Following her graduation in 2010, Simowitsch continued her studies at the University of the Arts in Zurich with Konstantin Scherbakov, who opened a new sound world to the young musician. Simowitsch delighted audiences with her joy and enthusiasm in performances at the Ludwigsburg Festival, at the Schumann Festival Düsseldorf, at the International Festival St. Petersburg Autumn, and at the Spoleto Piano Festival. In Germany, she has performed on concert stages such as the Berliner Philharmonie, the Konzerthaus Berlin, Philharmonie Essen and Konzerthaus Dortmund. Concert tours have taken her to Italy, Poland, Russia, Japan, Switzerland and the United States. Janka Simowitsch has been supported by the Horst-Rahe Foundation since 2004 and is current- ly the recipient of a scholarship from the Mozart Association in Dortmund, where her career is being supported in a number of ways. In addition, Simowitsch has received scholarships from the German National Academic Foundation, from the German Music Council and from the PE- Förderkreis. Following her participation in the German Music Competition 2008 in Bonn, Simowitsch was admitted into the Federal “Young Artists” concert program. She has won prizes at the International Piano Competition Palma d’Oro in Ligure, at the Ton und Erklärung Music Competition organized by the Cultural Committee of German Business, and at the International Piano Competition in Ettlingen. In 2012, Simowitsch was appointed to a lectureship at the University of Music and Theatre in Rostock